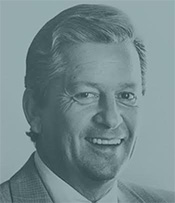 Originally established in 2001 by Dwight L. Stuart as a private foundation, DSYF was later merged into the San Francisco-based Stuart Foundation and currently operates as a separate grantmaking arm of the Foundation.

Mr. Stuart, a prominent Los Angeles businessman and grandson of E.A. Stuart, founder of Carnation Company, served as its president from 1973-1983.  Over the years, he recognized the needs of young people in his home city who were less fortunate than others and might well benefit from programs for their educational, vocational, sports, and artistic enrichment.

In addition to endowing the Dwight Stuart Youth Fund, Mr. Stuart was a long time member of the board of trustees of the Stuart Foundation, which currently has funding priorities in public education and college access programs for former foster youth throughout California and Washington State.

The mission ofthe Dwight Stuart Youth Fund (DSYF) is to support organizations in Los Angeles County that provide direct services and experiences to underserved children and youth so they may gain values, skills, and confidence to achieve their potential.

We believe everyone should be treated with courtesy, dignity, and patience, and should honor the differences among people.

We believe in individuals who can motivate intellectual curiosity in others and can inspire new ideas and solutions.

We believe organizations should first determine the needs of their communities, and then create services that address those needs.

We are Fueled by Collaboration